The Murder of: Kelsie Jean Schelling

NOTE: I would like to point out that I use the term "Suspect" in this entry a little freely. I do not believe that LE has labeled either Donthe Lucas or his mom Sara Lucas as suspects. However in my eyes they clearly are. Also I titled this entry The Murder of Kelsie Jean Schelling. When there is no evidence so far that a murder happened. But in my opinion one clearly did.

UPDATE: Part Two of this entry


"We believe that she was killed,"
said Pueblo Police Captain Eric Bravo, the detective in charge of Kelsie Schelling's case 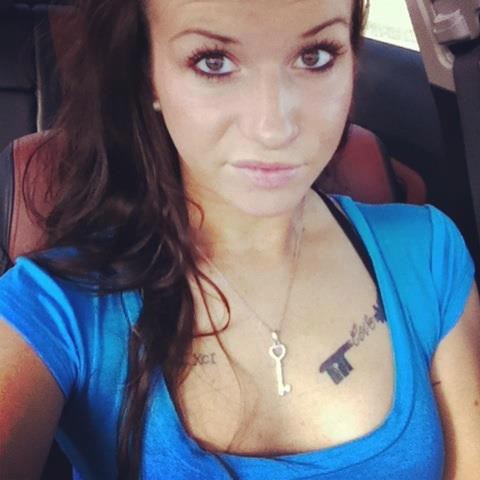 * Had an ultra sound done the prior day confirming she was pregnant. The father being Donthe Lucas.


* She was 8 weeks pregnant at the time. Due date being September 13th.
* The baby's name was going to be Kadrie.


* Was last scene on Feb 4th, 2013 in the area of Manor Ridge Drive and Sienna Drive in Pueblo, Colorado.

****Kelsie took 3 Pregnancy Tests prior to going to Pueblo. Both Donthe and Kelsie both knew that she was pregnant. This is something that is not usually reported correctly.****

“It scares me to death that it could go on for the rest of my life. I mean that’s a possibility I don’t want to face,” 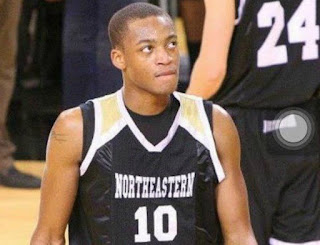 *Kelsie Schelling met Donthe Isiah Lucas at Northeastern Junior College in 2010
*Donthe was a standout basketball player from Central High School in Pueblo. He was a forward for the Plainsmen.
*After two years at Northeastern, Schelling went to Vanguard University, a Christian school in Costa Mesa, Calif., and Lucas went to Emporia State University in Kansas, hoping to play ball for the Division 1 school.
*Schelling moved into an apartment in Denver at the end of the first semester at Vanguard University and got a job at Floor & Decor, a Highlands Ranch store.
* Lucas went to visit her over Christmas break, and this was when she became pregnant. Schelling told her mother Lucas wasn't happy about the pregnancy; sometimes she was afraid he would abandon her and the baby after it was born, and other times he threatened to take the baby away from her. 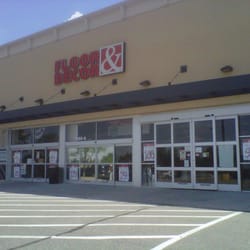 *On Sunday, Feb. 3, 2013, Donthe sent a series of e-mails to Kelsie trying to persuade her to drive the two hours to his home in Pueblo after she worked at Floor & Decor. It was apparent by the texting exchange that she had an appointment with a doctor the next morning and Donthe knew about it.
*The Denver Post notes he was aware of the pregnancy long before she sent him the photo.
*Schelling, 22, drove from Denver to Pueblo on the night of Feb. 4, 2013, to meet her boyfriend, Donthe Lucas.
*Police say cell phone records indicate she made it to Pueblo, but hasn't been seen since.
*The car was eventually found more than a week later, on Feb. 14, at St. Mary-Corwin Hospital, four miles east of the Walmart where it had last been seen.
*Video surveillance from a Walmart parking lot in Pueblo shows Schelling’s black 2011 Chevrolet Cruze parked in front of the store around 12:05 pm on Feb 5th. The vehicle was left there overnight. The next morning at 7:20 a.m., an unidentified man can be seen getting into Schelling’s car and driving away.

*Pueblo detectives interviewed Lucas on Feb. 15, 2013. He denied knowing what had happened to his girlfriend.
*Schelling's bank account has been accessed and messages had been sent from her cell phone in the days after she disappeared.
*Donthe Lucas was arrested for identity theft for using Schelling's credit card. He was not charged with murder. Lucas was held on three counts of identity theft and theft of less than $500, according to Pueblo County District Court records. But the charges were later dropped. He was released on a $25,000 surety bond.
*During an initial interview with police, Lucas told detectives he went with Schelling to Parkview Medical Center in Pueblo because she wasn't feeling well. Lucas said she went in for two hours and then came out and told him she wasn't pregnant anymore. However the medical center had no record of Schelling ever stepping foot in the building. Additionally, surveillance video from a bank showed Lucas driving up alone in Schelling's car and withdrawing $400 in cash from her bank account. 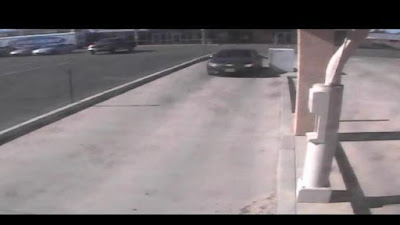 *Mr Lucas proceeded to drive the vehicle to a bank, where he withdrew $400 using Ms Schelling’s ATM card. (Canon National Bank)
*Investigators have reported that there has been no other activity from Schelling on her financial accounts, her cell phone or on social media.
*In early April of 2013, K-9 dogs were used in a search for Kelsie.
*In September 2013, Pueblo police released information confirming the worst possible outcome. “The Pueblo Police Department believes that these facts make it a probability that Kelsie has met with foul play due to her disappearance,” [Police Press Release]
*On Feb. 3, the Pueblo Police Department released another statement on Kelsie’s case.
“Schelling is still missing, and her family needs closure. We believe there is someone out there who has intimate knowledge of the incident, but may feel reluctant to come forth with the information. Please know that your information may be that one missing piece we are needing to bring this case to a conclusion,” the news release says.
* Schelling left all her belongings behind at her apartment and gave no indication that she planned to walk out of her life. 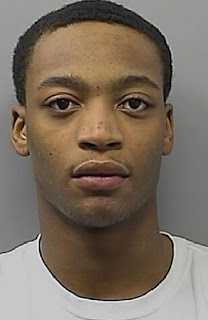 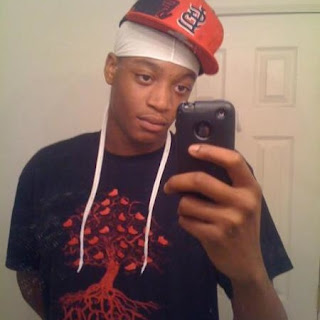 Lucas was interviewed by police on February 15. He said he met Schelling as planned and drove her in her car to different locations. He said she felt sick, so he took her to Parkview Medical Center in the 400 block of west 16th Street, and stayed in the car while she went inside to get medical attention. Afterwards they went to the Canon National Bank, where Schelling allowed him to use her debit card and withdraw money from her account. He then took her to Wal-Mart, where they got into an argument and she told him she had to go back to Denver because she had to work the next day.

(There is no record of Schelling getting treatment at Parkview Medical Center, and surveillance video at the hospital didn't show her coming inside.) 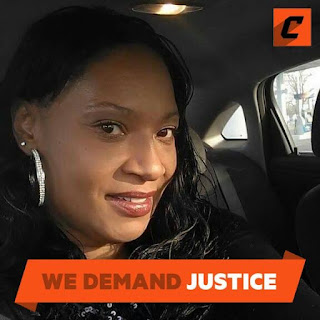 *This should tell you a lot about who Sara Lucas really is.
*VoterRecordscom (Politics aside this gives you a little background info on her)
*http://www.krdo.com/news/pueblo/donthe-lucas-mother-speaks-about-recent-investigations-in-kelsie-schelling-case-1/481489297# (@4:33)

2/3/13- Donthe Lucas sends texts to Kelsie requesting her to come to Pueblo to meet him. That he has something to give her. But wont elaborate on what it is.
Text Exchange:
Dumbass: Just wait and see for yourself, You probably wont believe me if I told you.
Kelsie: Tell me what it is and Ill come.
Dumbass: Come see for yourself I know it will put you in a better mood.
2/4/13- Kelsie attends her prenatal appointment and ultrasound confirms that baby Kadrie is healthy. She sends pics of the ultrasound to her family as well as Donthe's.
She drives to Pueblo after working her shift at Home & Décor and arrives shortly after 11pm.
2/5/13- (Early morning hours. A little after midnight.) She texts Donthe a text telling him she was tired of waiting. Donthe responds and wants to arrange a new meeting place. Kelsie agrees and arrives near his grandmothers house at 5113 Manor Ridge Dr. Kelsie sends him a text.
"Where are you? I've been waiting here over an hour just waiting."(Text was sent at 12:15am)
Shortly after Noon on the 5th. CCTV Footage shows Donthe Lucas parking Schelling's car at the Walmart she drove to meet him in the early morning hours. CCTV shows Donthe Lucas stepping out of the passenger side door and walking away. (12:05pm) 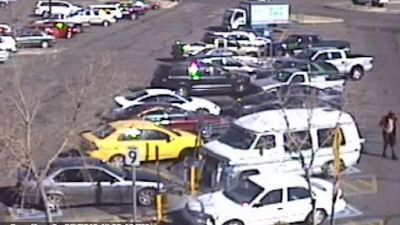 2/6/13- An unidentified man is seen getting into Schelling's car and driving away. (By the same CCTV Camera)
2/7/13- The same unidentified man is seen dropping the car off at St. Mary Crown Point Hospital in Pueblo by Surveillance Cameras. According to LE Kelsie's Cell Phone Battery dies.
2/11/13- Kelsie's Family set up a Facebook Page
2/14/13- Kelsie's car is found abandoned in St. Mary Corwin Hospital.
2/15/13- Donthe Lucas is arrested for 3 Counts of Identity Theft and Theft of Less Than $500. Charges were later dropped. 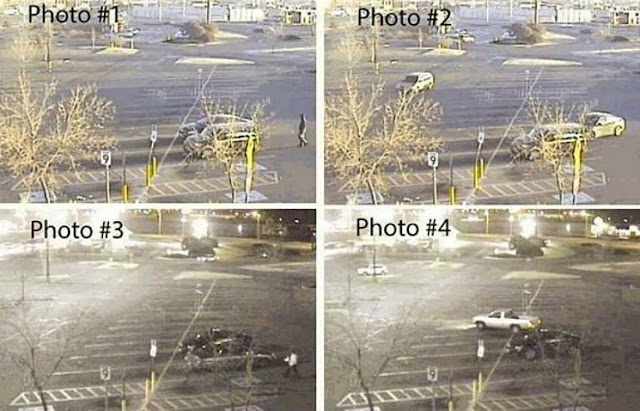 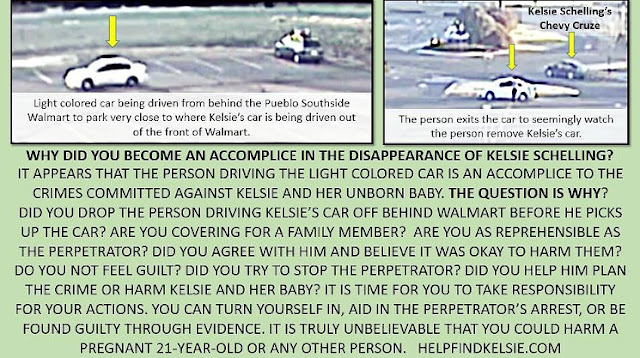 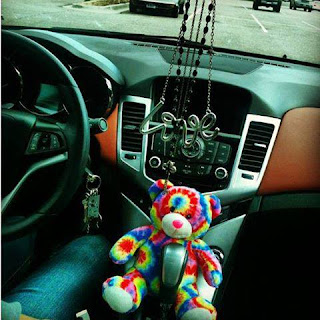 Things that are missing from Kelsie's car:
(These things were likely stolen to make it seem like her car was dumped and possessions stolen) 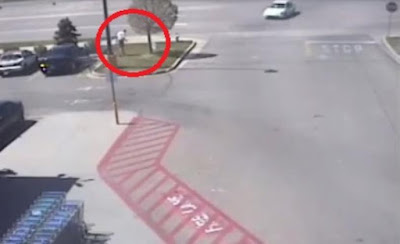 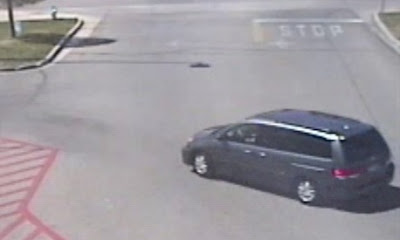 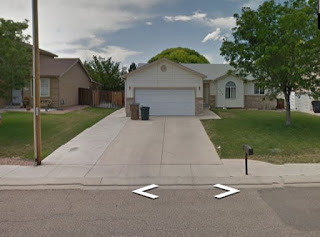 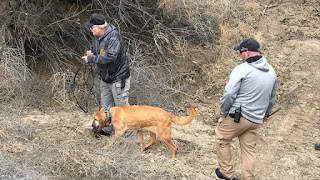 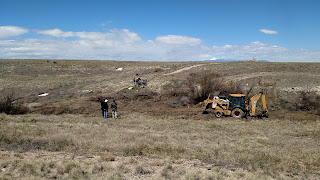 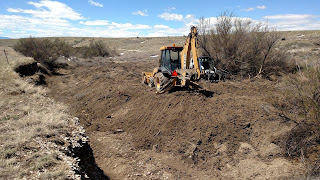 Police searched a field approximately one mile from Lucas's old residence. During excavation, police said they'd uncovered items of possible evidentiary value. At this point, they're not saying if something they found inspired a search of the field.


THIS IS SO SIMPLE. HOOPDREAMS ASKS HER TO COME TO PUEBLO. HOOPDREAMS IS SEEN AT HER CAR. HOOPDREAMS ISNT CONCERNED ENOUGH TO LOOK FOR HER. HOOPDREAMS STEALS MONEY FROM HER WITH KELSIE'S ATM CARD. HOOPDREAMS REFUSES TO TAKE A POLYGRAPH TEST. HOOPDREAMS....YOU'RE A PIECE OF SHIT. AND YOU'RE GOING TO PRISON. AND YOUR MOM IS LIKELY GOING TO AS WELL. ALSO, I WOULDNT DISCOUNT A HITMAN TYPE SCENARIO. WITH BOTH SARA AND DONTHE BEING COMPLICIT WITH IT. IT WOULD EXPLAIN THE MISSING ITEMS IN THE CAR. (KINDA) AS WELL AS THE MYSTERY MAN TAKING DOWN THE SIGNS AND DRIVING THE CAR TO THE HOSPITAL. YES, I THINK THE GUY THAT TOOK THE CAR TO THE HOSPITAL AND THE ONE THAT REMOVED THE SIGNS ARE THE SAME PERSON.