The Murder Of Missy Bevers

Note: I'm still knee deep in 2 other cases at the moment. This was my getaway entry. I let loose a little with my thoughts and had a little much needed fun with my opinions here. Also I wasn't able to put the amount of research I normally do into this case.


THE MURDER OF MISSY BEVERS 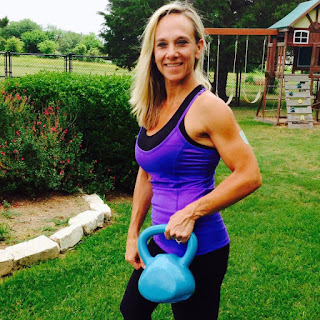 
* Born- 8/9/1970 Graham, TX
* Married with 3 Children. (Married to Brandon Bevers. (1998) Daughters: Sarah, Allie, and Hannah)
* Parents- James Clinton Strickland and Norma Strickland
* Siblings- Clifford Strickland and Clint Strickland
* Studied to be a fitness instructor at the International Sports Sciences Association.
* She was the leader of Camp Gladiator Midlothian, A Boot Camp Style Fitness Class.
* Murdered- 4/18/2016 Midlothian, TX at Creekside Church of Christ she was 45 years old. She was found dead by her Camp Gladiator Fitness Class which was scheduled to begin at 5am. The class was scheduled to be held outside. But was changed to be inside due to rain. (According to Police)


* Her last FB message was to her class.

“No excuses, you are Gladiators!,” “if it’s raining, we’re still training.”
* Bevers was killed by a man OR woman dressed in by what appeared to be something close to Black Tactical/Riot/SWAT Gear. The outfit appeared to be makeshift. The suspect was carrying a hammer-like tool which is consistent with the injuries Missy recieved prior to her death.
* Missy Bevers was found lifeless by some of her class members at around 4:30am on April 18th.
*Police say she was left with traumatic injuries that ultimately lead to her death. Multiple puncture wounds to the head and chest. An autopsy was completed.
* In a Press Release the Midlothian Police Department said the suspect forced their way into several rooms in the church.

"Officers observed lots of broken glass on the floor." they said. It's unclear if anything was taken." 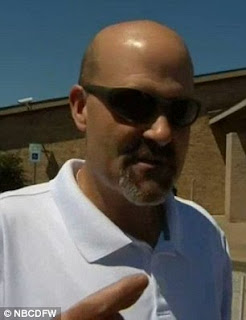 ‘I think it was a woman,’ he told the magazine. ‘I still think whoever this person was knew my wife and had a motive.’

He added: ‘There’s no reason why an individual would break into a church, dressed in that type of clothing and stage a robbery, or what would appear to be a robbery – going through the building, breaking glass and opening doors. ‘If that person was really there to commit a robbery, why did they kill my wife and leave her wedding ring on her finger?’

* On 5-4-2016 3 Search Warrants were released revealing she was facing financial and marital difficulties. One of the warrants indicated messages were recovered from phones owned by Missy and Brandon Bevers

"indicate and confirm statement and tips provided to officers of an ongoing financial and marital struggle as well as intimate/personal relationship(s) external to the marriage with identified 'Target Numbers.'"

* From the data that was extracted police were provided with a list of potential persons of interest. 11 phone numbers for 9 people. Those 9 people are not considered suspects at this time.

"We don't have information that indicates the killer talked to any target numbers, nor do we have specific information to believe the killer video recorded the murder," said Midlothian Assistant Police Chief Kevin Johnson.

* Detectives also identified another person who confirmed to police that he had engaged in a series of communications with Missy Bevers on LinkedIn starting around January of 2016 and that the messages were "Flirtatious and Familiar." Police said that forensic data extraction was performed on both his phone and Bevers' phone and that the communications appeared "Intimate in Nature" and that they had been deleted after the conversation was ended. (Identified as a Casey Williams)

* Link to copies of actual warrants-ATT-Warrant-Dated-April-25
* According to police, Family and Friends initially investigated in the case are not considered suspects at this time.
* There is currently a $50,000 reward for information leading to an arrest and grand jury indictment in the case.
* Missy apparently stopped her gym routine just a few weeks before her death. Bevers usually attended Anytime Fitness on a regular basis. But just a few weeks before her death her routine seemed to have changed. (According to the Gym Manager)
* In regards to her online presence, Friends and Family members seem to think she was acting "more reserved".
* 3 Days prior to her murder she received a creepy and strange message from an unknown sender to her LinkedIn account.

* Some ignorant low life(s) made a fake FB claiming to be Missy Bevers. They even sent friend requests to friends and family members of the slain fitness instructor. Hopefully the asshole(s) gets hit by an 18 wheeler while walking somewhere. Police have been unable to find the party responsible for the account. Investigators have stated that the account may have been a scam, glitch, or "joke".
* Missy Bevers' Mother in Law Marsha Essary Tucker wrote 2 letters to the killer:

A letter to the Murderer of Missy Bevers:

Do you even realize what you have done to her daughters, husband, our whole family? Was it really worth it? Why did you think this was so necessary?You know who you are! Your husband/wife and family members know who you are. They know your "special" walk. Right now, they are as guilty as you are, by not coming forward! I honestly pray you do not have children. My granddaughters at least have the knowledge, their mom was a kindhearted, loving, caring person. You have now ruined your children's life, along with your family's life by doing this senseless act. We can at least visit Missy at her grave site, even though we have the comfort of knowing Missy is already in heaven. Your children will get to visit you in prison, forever reminded of your crazy, senseless act. What a legacy you have doled out to your family! I will be praying for all of them. I truly feel worse for your family, than mine. Please, come forward!! Give yourself peace, give our family peace. Give some honor back to your family!D God will forgive you! We will forgive you, because we know and you know, that is what Jesus has commanded us to do.

It has been 2 weeks since I wrote the 1st letter to you. Almost 3 weeks since you murdered Missy.
I would guarantee your life has been more miserable than ours! Our life has been filled with peace that you wouldn't understand. Something only a God-fearing, saved by Jesus, person truly understands! We have been blessed by so many wonderful people, willing to share our grief, by praying with us, preparing meals for her family and just blessing us with all of their actions in so many ways!
How about you? Are you feeling all the love from your family and friends? Or do they suspect you, thinking something is not right with you?
How did it make you feel when so many people all over this nation, said such glowing things about Missy? You probably sat back and thought, "how little do they really know her." I assume you were jumping up and down when the news about her life was not as perfect as a lot of people thought.
Well, let me tell you a little secret you may not comprehend. No, she wasn't perfect and she never claimed to be. But, the secret is, there is something called "agape" love. Meaning, there really is a love you have, that no matter what you have done in the past or present, you still love them! I know her husband does, her 3 girls, her mom, brothers, all her family and friends.
Sorry, there is nothing that can ever change that! I'm sure that disappoints you. But, it's the truth!!
Are you getting a bit nervous, shaking in your "boots that look too big?" You should be! It's just a matter of time now.
Things would be a lot easier on you to just go ahead and turn yourself in. I'm sure the officials will take that into account.
Go ahead and clear your conscience, you will feel better. No sense in having your family witness you being picked up by the police and leaving that lasting vision on their minds forever! We are all waiting! It's one way or the other!!" 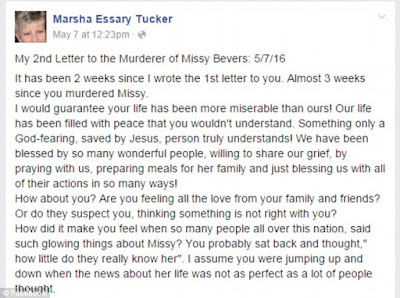 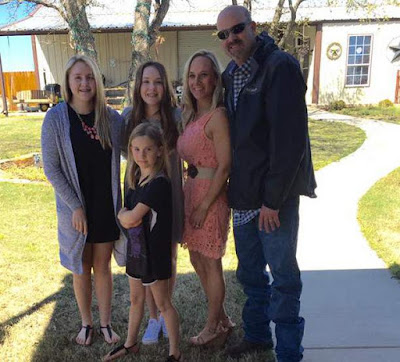 Terri Missy Bevers and her family

Creekside Church Of Christ in Midlothian 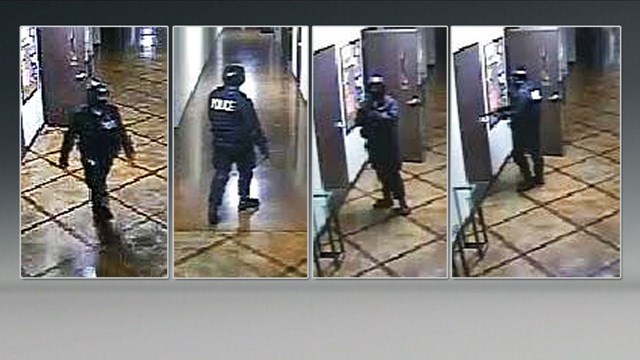 The coward appears to be between 5'2 to 5'8 , having a lighter skin color, and a  "distinguishable gait". (And a yellow line down their back) 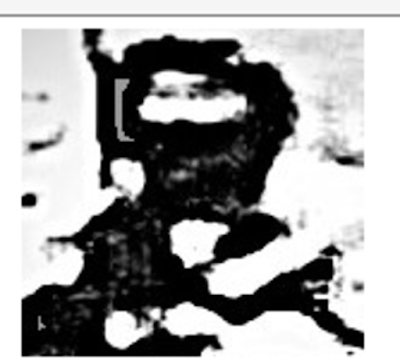 A enhanced image of the Cowardly Fat Heffer 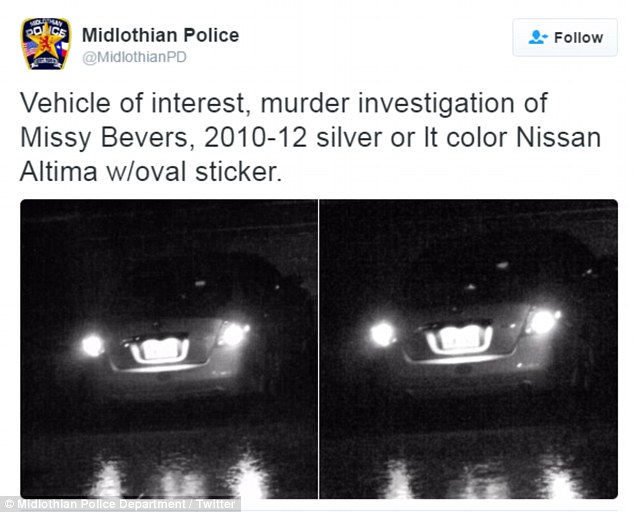 'They're seen pulling into the parking lot and leaving just a few minutes later.' 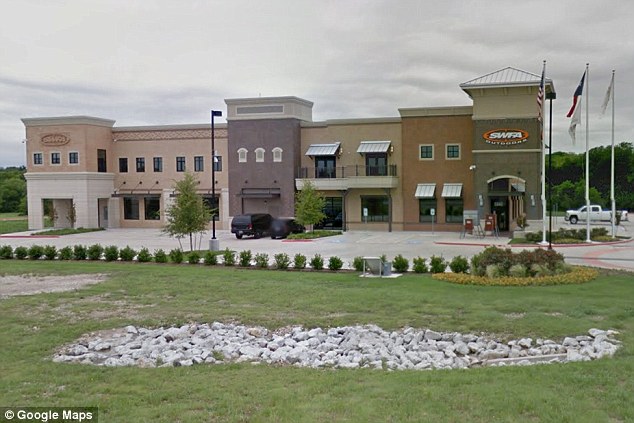 Video of the car in question

First off I think this is a woman. That was my first instinct upon watching the video of the suspect. So i'm sticking with it. Pretty obvious this was not a case of an interrupted burglary. No matter how hard she tried to make it look as such. For that to be the case you'd have to believe that the FAT COWARDLY SUSPECT dresses up like that to burglarize/vandalize a church at 4am in the morning to steal..... Collection Plate Money? (Im sure they leave that out and all) Bibles? Church Pews? Really, What's more loaded than a Church!?;) This was personal. And there was thought put into this. The outfit for one. The outfit is good for keeping your identity hidden. Alas to prevent cameras from noticing them.(I read the cameras were motion activated. But I bet if her fat ass was standing still. The motion sensors would've still went off) Also for gaining trust. Missy wouldn't have been expecting someone disguising themselves as a Police Officer. She would've thought it was a Police Officer. Also for self protection. I mean its pretty obvious its a fake. I doesn't even fit properly. The boots look too big. Which could be why the gait looks a little off. That could either be the boots or a physical issue. (It's pretty obvious the suspect has mental issues as well as a weight problem) However, It doesn't hurt to have a little extra padding (both natural and fake) and a fake helmet on when trying to kill someone as fit as Missy was. Lets face it, if the heffer didn't have any weapons Missy would've beat her ass. I know it. The fat ass heffer did too. That's why she had all that with her. Otherwise Missy would've kicked some fat off that big ass of hers. The fact that what seems to be hardware tools were used goes against it being a professional hit. Just use a gun. Pretty sure Missy's personal life is at play here. But i'm in no way judging her for that. And I purposely didn't go into further details regarding that outta respect for her family. Especially her 3 daughters who are now motherless.

Interesting that the former Police Chief concurs with my analysis on why the suspect would utilize riot gear. However I was wrong regarding it being fake. Apparently as she states in the video. You can buy such equipment online. And she believes the suspect to be male. One thing I wanna say is there has been a lot of speculation online regarding Missy's Father in Law being a possible suspect. And people have analyzed the way he walks and says it looks just like the suspect. Well I'm gonna need more than that. At this point I am not going anywhere near it. Not to mention Law Enforcement has ruled out family members as suspects. Well at least for now anyways.
Labels: Brandon Bevers Camp Gladiator Creekside Church Of Christ Midlothian Missy Bevers TX