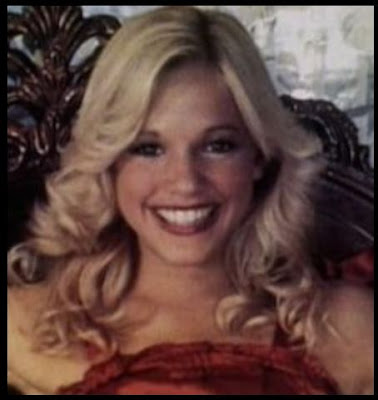 
Apologize for the length of time it took me to actually update Tammy's entry. I have alot going on in my personal life and I don't get to blog nearly as often as I would like. If you are reading this and also read my previous entry regarding the UnFound Podcast. Ed and I covered the Disappearance of Tammy Lynn Leppert. I also alluded to a few things that I haven't actually blogged about. Having said that, I have made some progress with the case in the last few months. First off I was able to find out that Keith Roberts, The last person we know to see Tammy alive was recently re-arrested earlier this month.

What a Stud Muffin Huh?


His middle name had eluded me for awhile. I figured it was Alan. But there are a couple with lengthy Criminal Records in the area. The name isn't uncommon unfortunately. I was also fortunate enough to have been in contact with one of his ex-wives. Terry Lynn. And no she isn't Tammy. Terry had some interesting things to add to my investigation. She married Keith in 1985. Around 2 years after Tammy vanished. And Keith wasn't a very good husband. He physically beat her numerous times. And stated on a few occasions that "You'll wind up like Tammy". And was arrested for it on at least one occasion. Although charges were later dropped. If you read my previous entries I leave the Roberts aspect kinda wide open because I knew so little about him. I now believe he is a very good suspect in whatever may have happened to Tammy. Terry Lynn, As I stated in the UnFound Podcast didn't come across to me as a bitter Ex-Wife. She stated things in a very matter of fact way. And didn't have anything bad to say about Keith. Other than what happened. She also happens to have 2 kids with him. (Both have since grown up) She also elaborated that Keith's mom's brother, (Keith's Uncle) was a Police Officer in Melbourne at one point. And that Keith's mother at one time was a 911 operator. Now I am not trying to allude to someone assisting Keith or bringing family members in on some kind of conspiracy. Those are just interesting facts. And as I write this I want to be sure to say I am not doing so to cast aspersions on someone else's character. As far as I know. Keith is just a bad apple from a good family. Terry Lynn also elaborated on how Tammy met Keith. Apparently none other than through Linda's Galaxy Production Studios on Merritt Island. He was a "Male Model". Yeah, That's right. He modeled Mugshots apparently;) Well, Not then but he certainly does now. Geez, I dunno how a guy that looks like that now could ever have been able to pick up a girl like Tammy. Something else that was discussed in the Podcast was the fact Suzanne informed me that she was under the impression that Tammy WAS in fact 3 months pregnant. Now this is something Debbie disputes. I think that if this is true it only adds a little more to the Roberts aspect. Could he have been the father of Tammy's baby? I asked Terry Lynn this. And she thought it was very possible. I also asked her if she thought Keith was involved or knew what may have happened to Tammy Lynn Leppert? She is convinced he knows. I'll keep you posted on further developments.

I sent this email in months ago and never received a response. Go figure right? 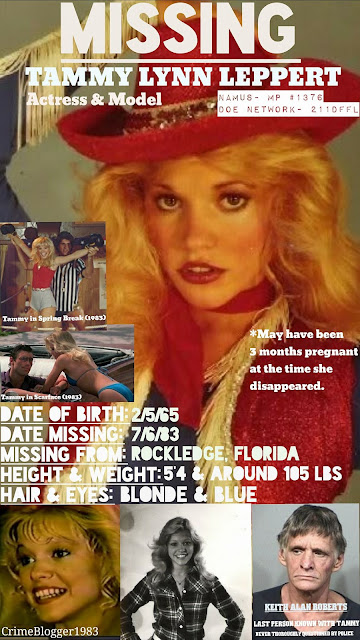