Quick Entry #8: Missing and Endangered: Where is Shantelle Hudson?

Missing and Endangered: Where is Shantelle Hudson? 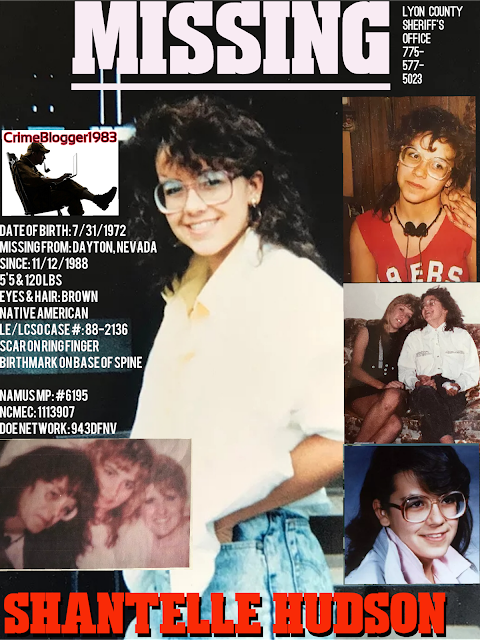 Just wanna say there isn't a lot on this case. I just actually discovered it today and had an itch to research it and do a post. Shantelle will probably end up being another one of my case obsessions along with Leppert, Risch, Hartley, Foglesong etc. I couldn't find her middle name or where she was even born. I tried reaching out to relatives of hers. And I am awaiting a response. Hopefully I get one. I didn't spend a lot of time on researching this one as I am knee deep (As always) in several cases. At this point several sites have different dates as to when she disappeared. 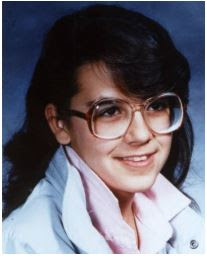 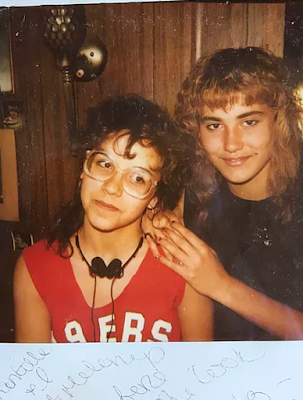 Popular Song At The Time

“We do have a person of interest in here, but he’s not local. That makes it difficult to investigate this.” 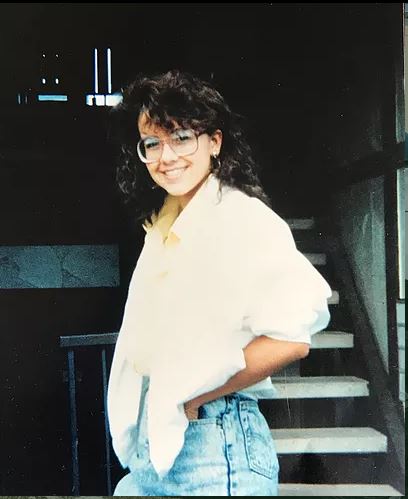 Name: Shantelle Hudson
Date of Birth: 7/31/1972
Parents: Lenan (Lenan Garner) and Peter E. Hudson (Since Divorced)
Missing Since: Her mom last saw her on 11/12/1988. Friends saw her 2 days later at a Street Dance in Dayton on 11/14/1988. However, According to Namus she was last seen in Mound House, Lyon County, Nevada.
Missing From: Dayton, Nevada
Residence at Time: 369 Dayton Rd. Dayton, Nevada
(Dayton Valley Village Apartments)
Age At Time Of Disappearance: 16 Years Old
Height and Weight: 5'5, 120 pounds
Eyes and Hair: Both Brown
Distinguishing Characteristics: Native American Female, Scar on Ring Finger, Large Birthmark on Base of Spine. 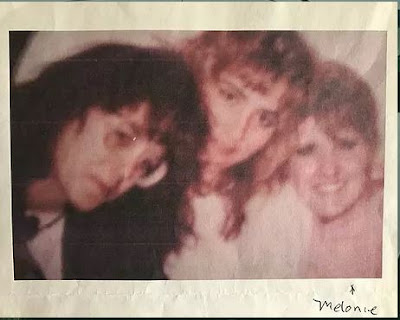 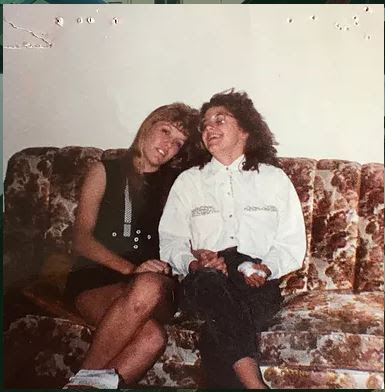 One could probably understand why. There were two claimed sightings of Shantelle up to a month after she disappeared. Both sightings were likely mis-identifications. That is according to the Sheriff's office. So it is unknown at this time if the sighting in Mound House is included in this. Shantelle is rumored to have been seeing a boy. However the identity of this boy has never been publicly revealed. There were also claims that she was seen at a Street Dance in Dayton 2 days after she was last seen. Again, This could be one of the misidentifications. (Is the Mound House sighting also the Street Dance sighting as well?) Her family had moved from Bishop, California around two weeks prior to her disappearance. There were rumors of drugs being involved in her disappearance. But they have not been substantiated. Her father was apparently looked into but ruled out. No mention of her mother being investigated has ever been alluded to as far as I read. Her mother did file a missing persons report on her not long after she disappeared. But it wasn't until 11 years later when a family member called to see about Shantelle was it actually ever looked into by Law Enforcement. The case was then reopened in 1999. There has been no activity on her Social Security Number nor have there been any Driver's License issued in her name.

Not much on this case. And most of the info contradicts itself depending upon the site that you visit. The name of the male suspect that LE mentioned is something I wish I had. I might actually follow up with LE on this one. I tried emailing one of the addressed provided on one of the sites with the case info listed. It came back invalid. Not much on the mom online either. No social media presence. I know she is older. But I don't see any effort regarding her being active in her daughter's case. Very baffling. I know I have seen that some parents aren't like the ones I am use to talking to. Some can't go out and be a Denise Horvath-Allan or a Dawn Foglesong. Some don't like to be reminded about it. And I understand. People grieve differently. It doesn't mean she is guilty of anything. They did apparently investigate the dad. And cleared him. I did not see any active effort in his part towards trying to find his daughter either. In fact I don't see any relatives out there leading the charge. No Social Security activity. No Driver's License activity. No contacting friends or relatives. Doesn't look good. Only thing that one could "hope" for. It sounds so dark I dunno if I wanna hope for it. But maybe this could be another Jaycee Dugard situation. I dunno. I'd hate for Shantelle to have to go through that. That could be worse than death. Terrain around the area she went missing is remote. Not hard to hide a body. If any of her friends in those pictures sees this entry. Please contact me. If anyone lived in the area and remembers any little detail. Please contact LE. If you don't wanna call them. I will be happy to play the middle man. 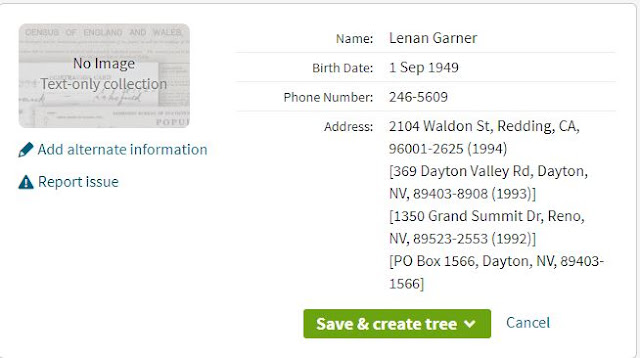 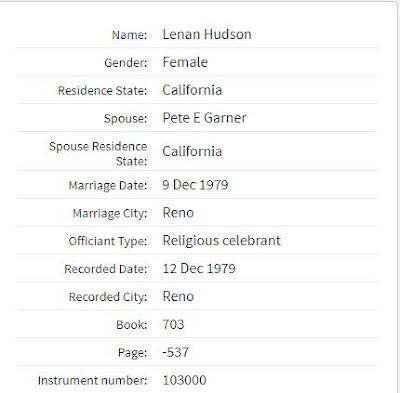 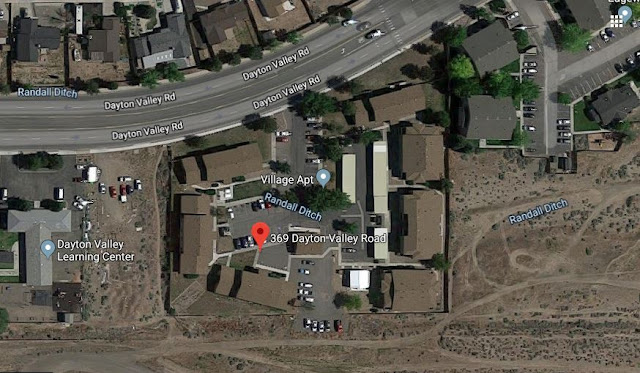 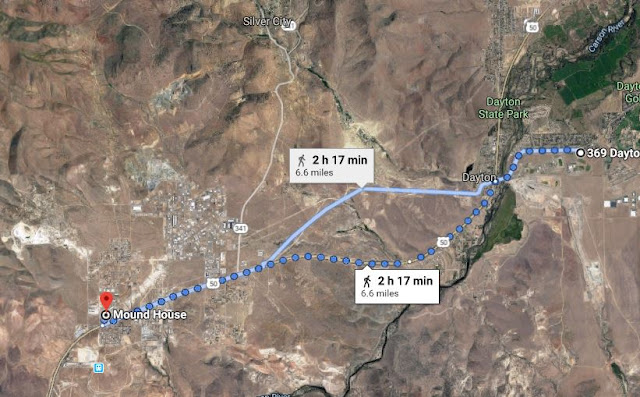 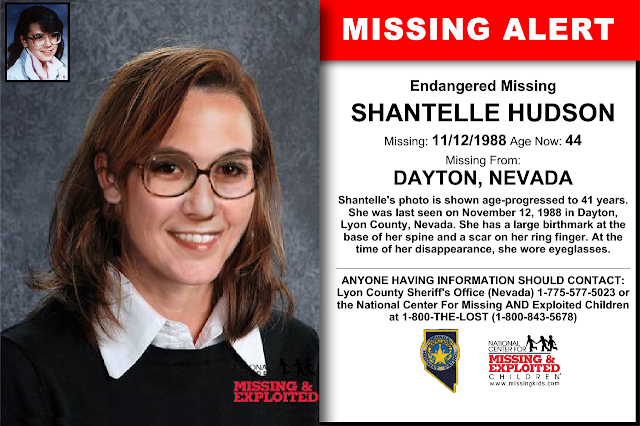 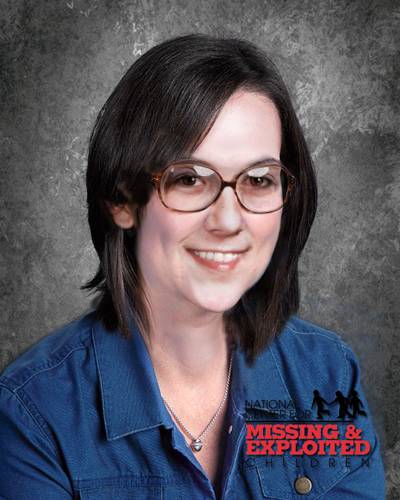