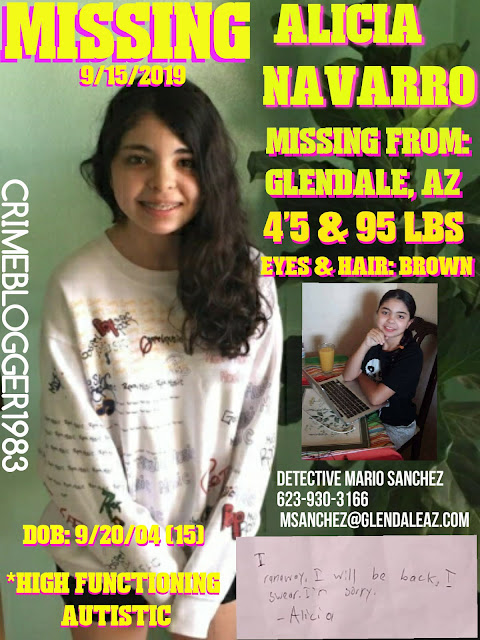 Alicia's mom contacted me regarding her daughter. I have been bombarded with cases these last few months. I have some that I've needed to work for over a year. But I couldn't tell Jessica no. I just wanna say this ahead of time. Whoever has this little girl. Let her come home. She needs her family. You don't need her. If you're a pervert. Get help. Let her come home. I know she was talking to someone the previous night. She was laughing and having a good time. She said in her note she was coming back. And this is something she had planned. I know this for a fact. She would not intentionally worry her mom. She would call. She took her phone and her laptop. But she didn't take her chargers. She took one other thing of interest as well. So I know you're a pervert. It's only a matter of time before you get caught. This mom is in agony. Her family and friends are in agony. They don't deserve this. Neither does she. Do the right thing. I am BEGGING you. Do not hurt this little girl.

Kenny Loggins: Meet Me Halfway
I dedicated this song to the entry

“I don’t get it,” Nuñez said. “I just don’t understand what lured her or what made her make the decision.” 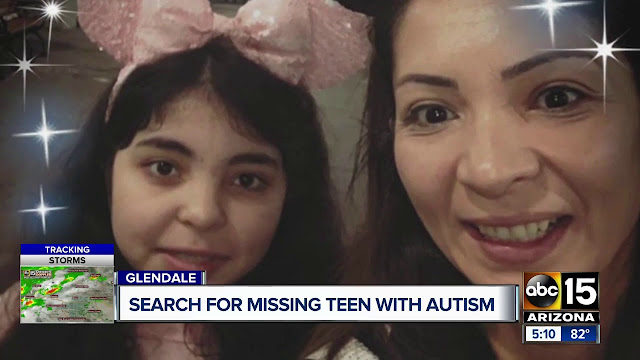 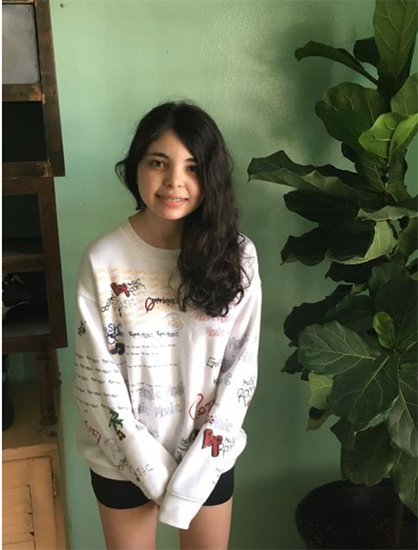 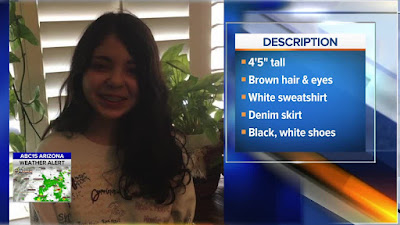 Date Of Birth: 9/20/2004
Missing Since: 9/15/2019
Missing From: Glendale, Arizona
Race: Hispanic
Height & Weight: 4'5 & 95 lbs
Hair & Eyes: Both Brown
Wearing: Possibly wearing the sweatshirt in the photo. Whitewash Denim Overall Skirt, Black and White Vans Type Sneakers. Carrying a Silver Apple MacBook Pro Laptop.
Other: Wears Braces, High Functioning Autistic (Struggles to feed herself) She is also socially anxious, (This is a vital clue in my opinion)
Personality: Alicia wasn't a high demanding girl according to her mother. She liked to wear the same clothes and same shoes. But she also liked only certain things. These were characteristics of her autism. She liked having things planned and didn't like deviations in her schedule. She wasn't fond of even going out in public. Minus IHOP and McDonald's. She ate McDonald's Chicken Nuggets for years. She also wore Sweatshirts in Arizona. (Like the one she is wearing in the picture) She was also prone to emotional meltdowns. Again, A symptom of her autism. She also really enjoyed reading. 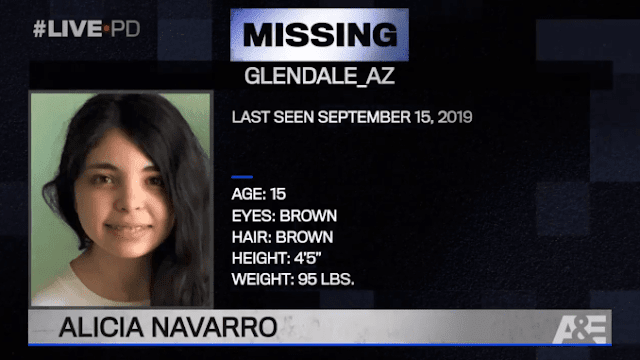 Sometime between 3:26am (When the internet was used last) & 7am (When her mother woke up) Alicia Navarro had wrote a letter to her mother stating

When Alicia's mother Jessica woke up at 7am, She saw the back door to the house was open and chairs were placed up against the brick wall in the backyard. Since there were shoe prints in the ground that matched Alicia's Vans. And the chairs were placed up against the brick wall. The likely conclusion is that she used the chairs to climb over the wall.  There was only one set of prints in the ground I am told. There were possible unconfirmed sightings of her in the days after her disappearance. On the 19th of September a witness thought they saw her with an "Older Dark Skinned Man". This was around 4pm in a park on 39th Avenue. Which is interesting since Alicia's home is off 45th St. The man is said to be heavily tattooed around his neck. Upon hearing this Jessica went to the location and spoke to a few witness including a homeless man. All of them claimed to have seen her. There were no cameras at this park unfortunately. I do not believe much credence should be given to these unconfirmed sightings. The thought of anyone abducting her and then parading her around town is just ludicrous. 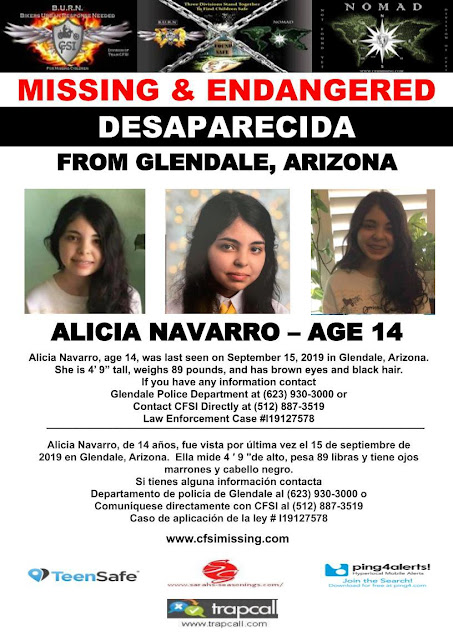 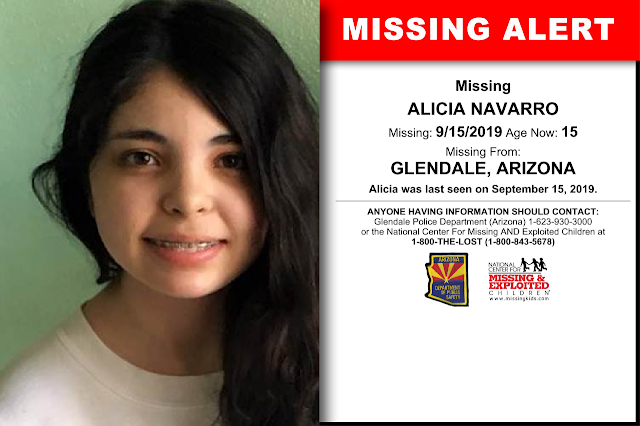 Whoever it is. It's someone close to her. But not to the family itself. She is still in Arizona in my opinion. And I think she is closer than most reports think. I don't think she is being trafficked. Obviously someone she was comfortable with. She gave indications she planned this prior to leaving. Even if you take out the note she left her mom.  Speaking of the note. I asked her mom to give me a sample of her writing to compare to the note she left. 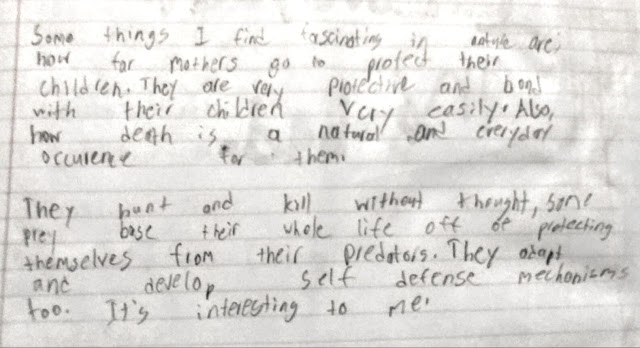 We can tell the note was indeed written by her. Likely in a hurry tho.  I will forgo any additional analysis at this time. I do have something I wanna say directly to Alicia tho.

Alicia I just had a conversation with your mom. I gave her a preview of this entry so she could okay it before I published it. She wanted to say she just wants to make sure you're ok. And she wants you to come home. And that she loves and misses you. She is waiting for you to complete what you promised. To come home.