Gone: Where is Lisa Ann Pierce?

I want to thank Jess Austyn (Lisa's Daughter) for co-authoring  this entry with me. Jess is a beautiful young lady inside and out. And I consider her a friend. This entry has been delayed way too long. And for that I apologize. There is little to no info on this case anywhere. The bulk of this entry's info came from Jess. So please, No emails asking me all kinds of detailed questions. What I have here is all I got. 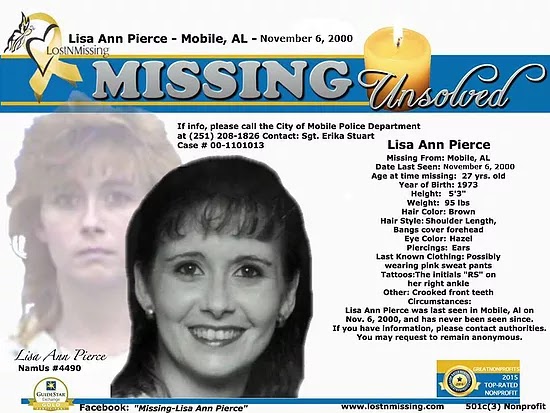 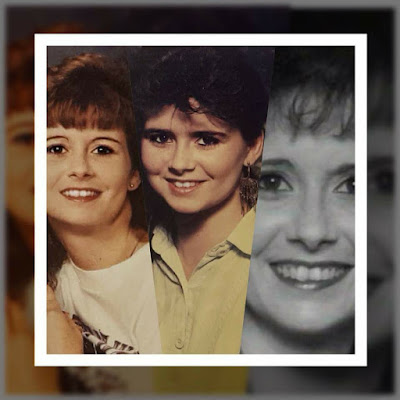 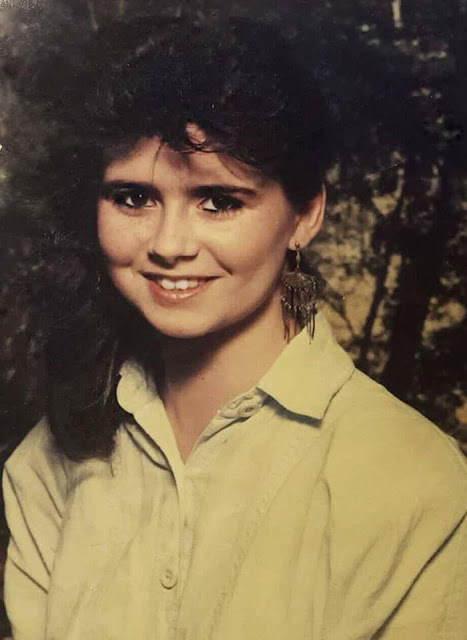 Name: Lisa Ann Pierce
Date Of Birth:  8/18/1973 in Bogalusa, St. Tammany Parish, Louisiana
(Born Lisa Ann Humphrey)
Parents: Alice Faye Hodges & Clifton Doyle Humphrey, Both parents were unable to provide basic needs for their daughter. As a result Lisa was adopted in 1978 (In Louisiana) to Mr. Everett Pierce. (Everette was involved with a woman named Mary at the time. I do not have a last name.) Years later he would then become involved with a woman, Minnie Knapp. Minnie would let Lisa stay with her from time to time.
Missing Since: 11/6/2000
Missing From: Mobile, Alabama
Height & Weight: 5'3 & 95 lbs
Eyes & Hair: Hazel & Brown
Residence: A Salvation Army Shelter that is now closed in Mobile, Alabama
Boyfriend: Daniel Mark Stanley
Distinguishing Characteristics: The initials "RS" on her right ankle. Crooked Front Teeth. Lisa was a known drug user.

Lisa's biological mom Alice Faye Hodges was a known alcoholic and unfit parent. In 1973, The year Lisa was born. Alice worked at a bar in Bush, Louisiana. The bar was owned by Everette Lane Pierce. Everette would go on to adopt Alice's daughter Lisa 5 years later. There are many things unclear about Lisa's life upon her becoming an adult. It is not known when she moved to Alabama from Louisiana. But after moving there she spent the majority of her life near or around the cities of Mcintosh, Chunchula, Citronelle,  & Mt. Vernon. In 1987 Lisa would give birth to her first child. A boy. The child would be taken from Lisa not long after being born and was taken in by one of Lisa's aunts. Lisa's drug problem would occur some time around this event. In 1994 Lisa gave birth to Jess. After giving birth to Jess, Lisa was soon homeless and living at a Salvation Army Women's Shelter. Lisa then met Jess' soon to be adoptive parents at a Gas Station they owned. Within a week of meeting them. Lisa asked them to adopt Jess. In 1998 Lisa gave birth to her 3rd child. A daughter. In between the birth of her 3rd child and the date she went missing Lisa lived a somewhat nomadic lifestyle. She was actually prone to leaving for weeks before returning to wherever it was she was staying at the time. Lisa had actually spoken to her Aunt 3 weeks prior to her disappearance. And she told her Aunt that she had feared for her life. But she would not be specific. Lisa's Aunt chalked it up to drug induced paranoia. 3 weeks later her Aunt called Lisa and she was told she hadn't been seen for 3 weeks. The Missing Persons Report was then filed by her then boyfriend, a Daniel Mark Stanley. From what I have been told Daniel Mark Stanley has a history of drug abuse and domestic violence. One of the most interesting aspects of this case is the fact that a set of keys were mailed back to a location Lisa had been known to stay at a few weeks after her disappearance. The package had no return address. I do not have an exact date to this event. However I have verified that it did indeed take place. I trust the source.


The keys being mailed back is the most interesting aspect of the case. Why do that? Makes zero sense. The address they were mailed to was a house in Mcintosh that no longer exists. The house was owned by Minnie Knapp. The other woman Everette was involved with. Lisa considered Minnie her adoptive mom and would stay with her from time to time. This is a vital detail there just isn't much info on. I am certain if we were to know more about this. We would definitely be closer to understanding the circumstances involved with Lisa's disappearance. The fact the Missing Persons Report was filed 3 weeks after Lisa's disappearance is a little telling. But I tend not to overthink this aspect considering Lisa was known to leave for weeks at a time before returning to whichever residence she was staying at. I have been told that Daniel Mark Stanley will not talk to Jess regarding her mom's disappearance. And if he is too scared to talk to her. He likely is not man enough to talk to me either. I will eventually obtain his contact information. And when I do. I will be talking to him. The Mobile Police Department hasn't done shit with this case. Which isn't surprising. They prob consider her a junkie. And a lost cause. Like most other Police Department across the country would. Lastly I wanna again thank Jess Austyn for assisting me with this entry. Jess is a truly wonderful human being. I really mean that. She is one of a kind. If anyone reading this entry has any information regarding this case please call the Mobile Police Department at 251-208-6304. Or you can email Jess at jaustyn94@gmail.com. And I am always available at my email address CrimeBlogger1983@gmail.com 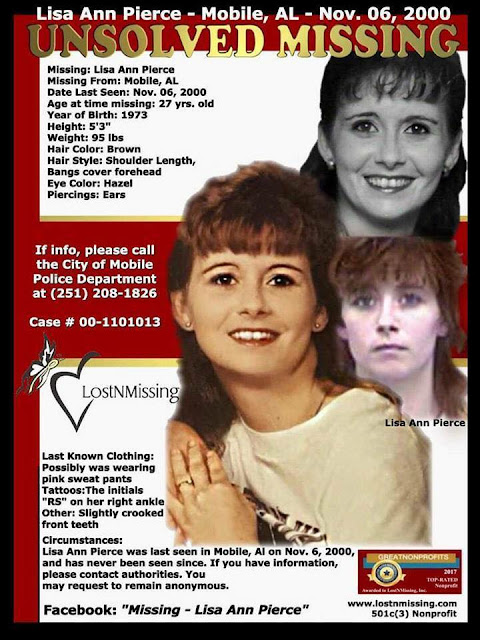 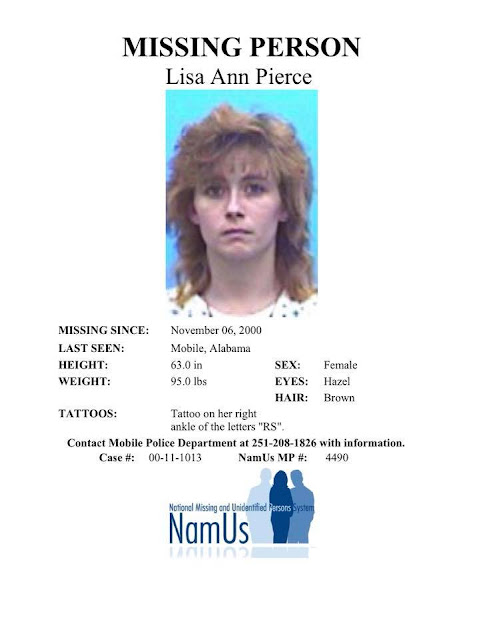