Want to give Julia a big shout out. She did this post super quick. And its really one of the best posts I have ever read. She is such a good writer. It takes me forever to get a post done. This post is so good I felt I had to share it before Valentines Day. Also, Julia's work on a case was featured  on the podcast The True Crime Enthusiast. Please give it a listen to. 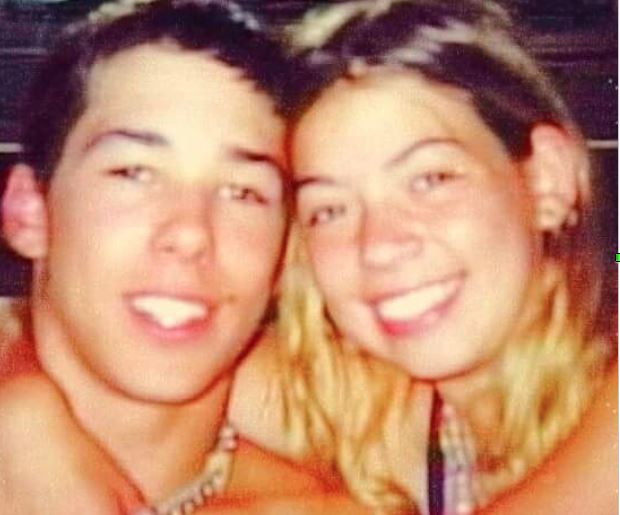 In April 1999, two students, Eric Harris and Dylan Klebold murdered 12 of their Columbine High School students and a teacher. Ten months later, tragedy struck the school again when two students were murdered, but this case is still unsolved.

Stephanie Grizzell and Nick Kunselman had been dating for two years. They were sophomores (aged 16 and 15, respectively) at Columbine High School, and became especially close after the tragic shooting in 1999. They both liked sports, Stephanie was on the swim team and Nick was a Colorado junior disc-golf champion. They were in love.
February 13, 2000 was a Sunday. Stephanie had spent most of the day at home, doing homework and spending time with her mother. Later that evening, Stephanie snuck out to the Subway sandwich store where Nick had worked for the past month. Nick was in charge of closing the store at 10pm, and Stephanie came to pick him up and waited for him in the store.

Nathan Grill, a former Subway employee, was at the shop Sunday night with a friend. He left at 10 p.m. and said Nick was waiting on a customer.

A female co-worker passed by the store at 12:40am. The lights where still on after the 10pm closing time. The woman decided to check in on the store because this was highly unusual. She saw a young man walking away from the store, dressed in a red jacket and flared pants. 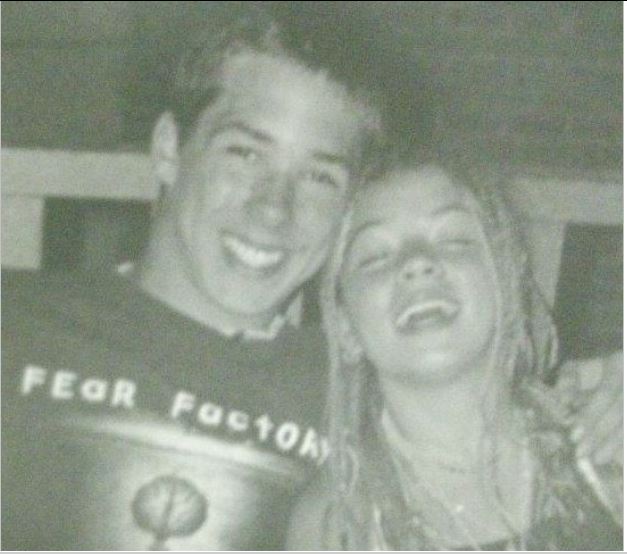 Stephanie and Nick were found dead inside. They had been shot in the early hours of Valentine’s day. Their bodies were found behind the store counter.
Stephanie’s mother Kelly found out about her daughter’s murder on the news in the morning. “It said breaking news and it said there's been a man and a woman shot at a Subway sandwich shop in Littleton,” she said.
Kelly saw Stephanie’s car on the television and rushed to the scene. When she arrived, investigators informed her what had happened. “I just remember lying on the ground, on the
cement and just hoping that that wasn't true, that I would wake up from this nightmare,” Kelly said.
Nothing was taken from the store, indicating this crime was not a robbery, as was the first thought of the investigators. Police widened the net of what this crime could be. Subway offered a reward of up to $10,000 in the case. A drug ring (mostly cocaine, some marijuana) was uncovered which operated near the store. Police also found that drugs were occasionally sold at the Subway location, and buyers would come in through the back door. Investigators’ lead theory was that Stephanie and Nick’s murders was a drug deal gone bad.
A year after the murders, Kelly filed a wrongful death suit against the Subway store. In the suit, she alleged that ‘the owner knew about drug use at the store but did nothing about it, and that nonemployees often entered through a back door where they bought and sold drugs.’
It was further claimed that a surveillance camera in the store was known to be inoperative. "They turned it off so they wouldn't capture the employees' drug use," Kelly’s lawyer said. "Just about everybody who worked there was on drugs."
Other theories include gang activity or a jilted lover driven by jealousy. But to this day, 18 years later, the case remains unsolved, with few leads. Police never identified the man who the witness saw leaving the store. He is considered a person of interest. Police still maintain that drugs were involved in the murder. 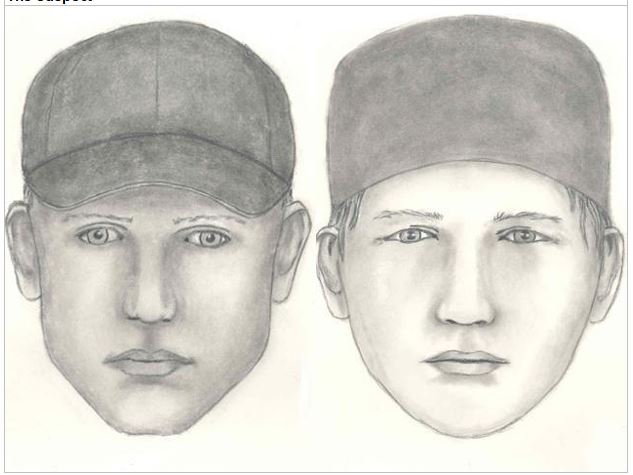 A man was seen exiting the store by the female employee who found Nick and Stephanie’s bodies. The man is white, 16 to 18 years old, 5-foot-7 to 5-foot-8 inches tall, weighing 150 to 170 pounds, clean shaven, with blondish hair. He was wearing a black ball cap, a black coat with a red lining or a red shirt or sweater, black or blue flared jeans and white tennis shoes. He left the area on foot.

Drug connections
Rumours have long swirled that the Subway store was a hot-spot for drug activity. Police have stated that they believe there is a drug connection to the murders.
Were Stephanie and Nick involved in drugs? As part of her lawsuit, Stephanie’s mother Kelly said that Nick ‘may have used marijuana’. Stephanie and Nick have been described as “refugees of the '60s, for whom peace and love were goals, even though both were born in the 1980s”. They sound like your typical pot-smoking hippie teenagers. They certainly don’t sound like they would be involved in dealing drugs. But could they have been murdered buying drugs? Drug dealers can be dangerous individuals, but I still don’t see why someone would murder a 15 and 16-year-old in relation to drugs… How far into the drug scene could kids that age be, how could they have any drug debts worth their life, it just doesn’t make sense to me.
Police have investigated the drug ring thoroughly: The U.S. Drug Enforcement Administration were involved, wiretaps and polygraphs were used, 35 people were arrested on drug charges but no one in connection with the murders.
Police seem to have good reason to think the murders are drug-related. That’s still possible, but I don’t see how Stephanie and Nick would be killed buying or selling drugs. They were just teenagers and I don’t really see a motive. 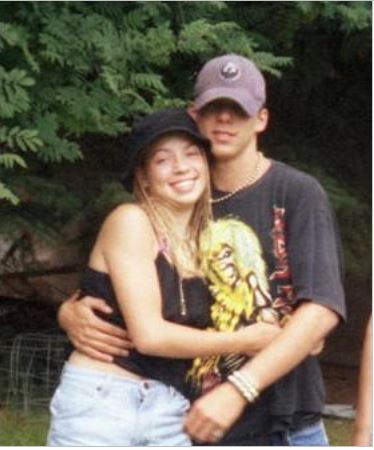 Wrong time wrong place?
I have a hard time believing a 15-year-old boy would be a target for murder and wonder if the killings of Nick and Stephanie were a tragic wrong place, wrong time scenario. It has been established that the Subway store was a place where employees did drugs, and drugs were bought. It’s possible that the killer went to the store looking for someone else but unfortunately Nick and Stephanie were there instead. But still it doesn’t really make sense to kill Nick and Stephanie, why not just come back another time looking for the intended target?
Was the Columbine massacre a factor?
Stephanie and Nick attended Columbine High School, where 12 students and a teacher were murdered by Eric Harris and Dylan Klebold who then killed themselves.
The Subway where Stephanie and Nick were murdered was only three blocks from the school.
Is this just pure coincidence? Some people online think the murders of Stephanie and Nick are connected to some sort of Columbine conspiracy theory, but that’s not what I’m talking about. Is it possible that the murderer was also a student at Columbine who was there that day? Could they have been inspired by Eric Harris and Dylan Klebold?
It sounds far-fetched. But sometimes cases go cold because the actual solution is so far-fetched. Something that doesn’t have a clear connection, or an obvious motive.
The suspect seen leaving the Subway shop was described in a way that sounded a lot like a high school student. If the killer was a student, maybe they had a score to settle with Nick. Nick would be the target in this scenario. The killer would probably know that Nick worked at Subway, and what time he would be closing the shop. If someone wanted to kill Nick, Sunday night at a deserted Subway would be a good opportunity. Stephanie would have just been unlucky; not even her mother knew she was at the Subway that night.
Another coincidence is that one of the April 1999 Columbine victims, Rachel Scott, worked at the same Subway store when she died. Her and Nick were friends; Nick once drew a pencil portrait of her and this was given to Rachel’s mother after she was murdered. 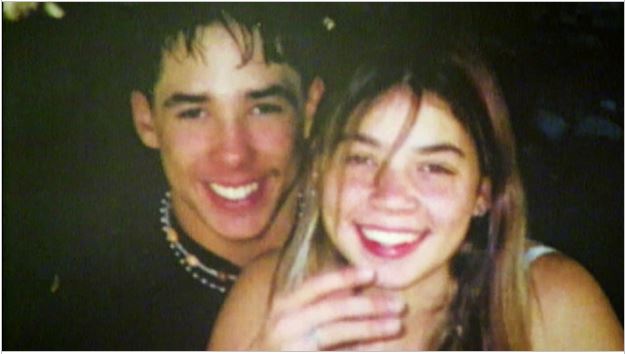 Maybe one day we will find out the motive for these crimes. I’m guessing whatever it was, was nowhere near worth the lives of these two kids or the pain and suffering of their families. Looking at their pictures and reading about Nick and Stephanie, I just can’t comprehend what would make someone want to hurt them. RIP Nick and Stephanie, a young couple killed on Valentine’s Day, who were buried together. 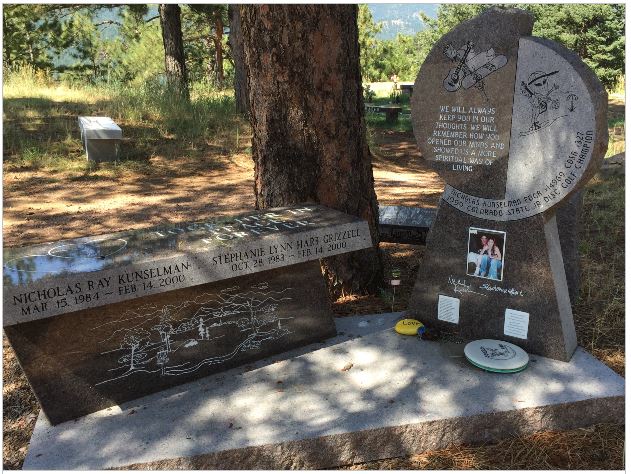 Considering Cold Cases would like to give a big thank you to CrimeBlogger1983 for having me as a guest blogger on his fantastic blog.