Where is BB?-Missing: Beatrice Villela 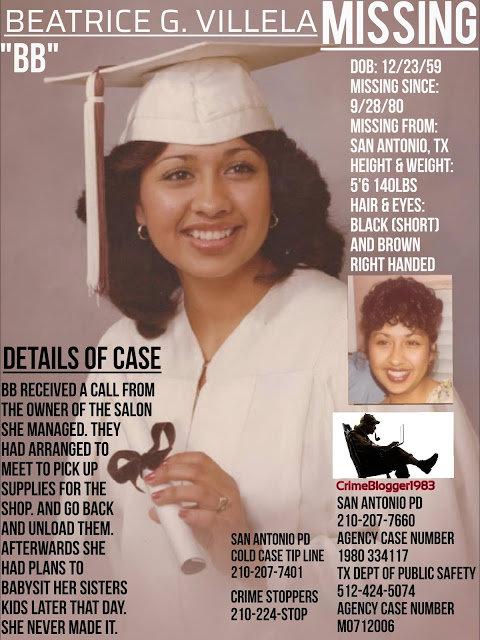 I've been extremely interested in this case for a few years. And I tried desperately to contact her sisters as well as other family members. I held this post in idle for a long time hoping to get a response. I know one of her sisters was battling cancer some time back and it appears to have went into remission thankfully. I couldn't get an answer from the sisters. There are so many questions I have regarding this case. I wish I had answers to. I did obtain the Police Report and read through it extensively. I am still looking into this case at many levels so expect an update in the near future as well as additional information being added to this entry. Also the fonts as well as the color of the fonts are screwy in this entry. I've tried to fix it. But Blogger is still as glitchy as ever.

UPDATE 9/27/2019: I contacted Melissa Vega of News 4 in San Antonio. I gave her some of the Case File that was released to me by San Antonio PD. She is the one who covered BB's Story in the News Segments I linked above. I asked her to credit my blog for the info. It will be interesting to see if she does. Yeah I know. It seems kinda shitty that I did this. But I'm sick and tired of giving out info to the News Media, Private Investigators, Bloggers, and Podcast Hosts and no one ever credits my work. 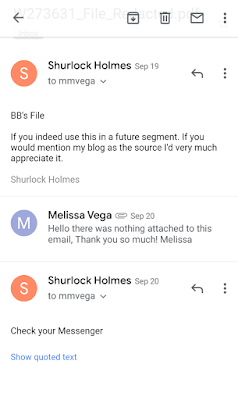 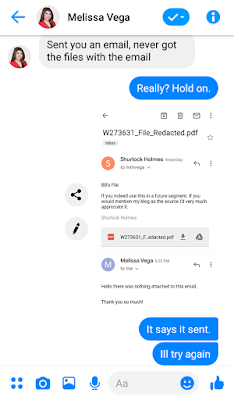 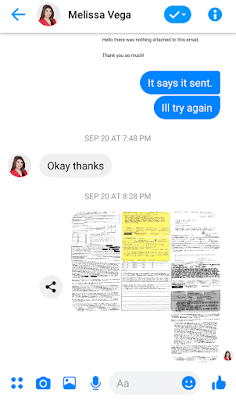 This is the song I dedicated to the entry.
The song is pretty emotionally deep. I didn't know BB. Haven't even talked to anyone who has. But I have a feeling she was a LADY. This song was popular around the time BB disappeared. 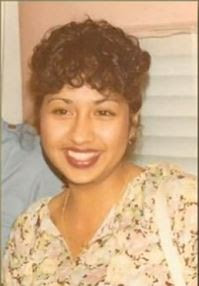 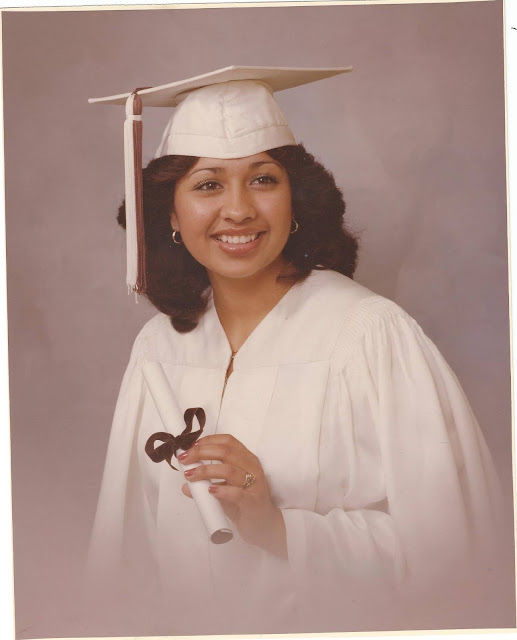 “I remember my dad screaming, cursing, yelling over the phone to the police department, telling them, ‘What do you mean you can't do anything? What do you mean she's of age? She's 19 years old! She's not a runaway. We don't think she's a runaway. We're worried something has happened to her. No one has seen her now for almost 48 hours,'” 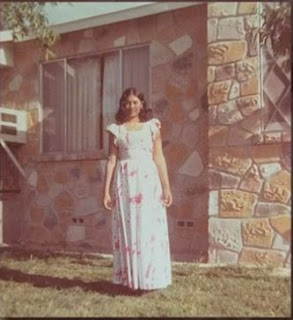 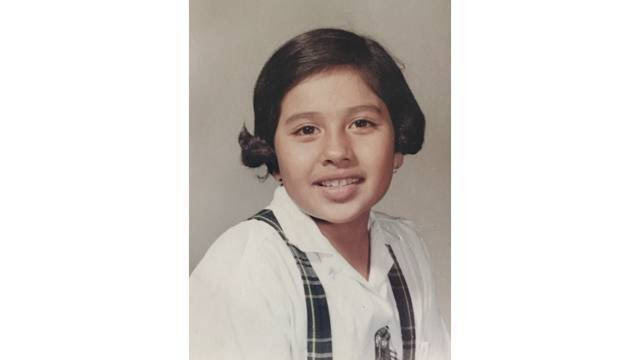 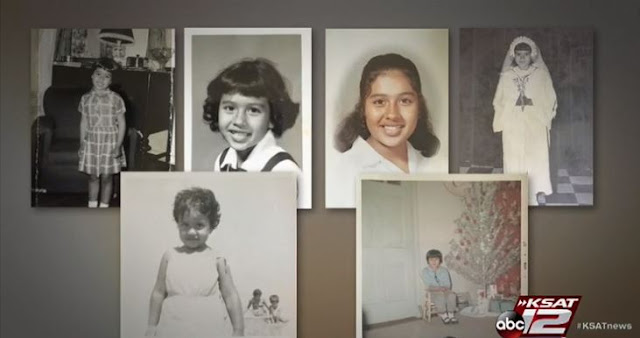 "I got the phone call from my cousin saying she didn't show up at the shop. 'Her customers are here. Do you know where she's at? She's 20 minutes late,'" said Coronado. 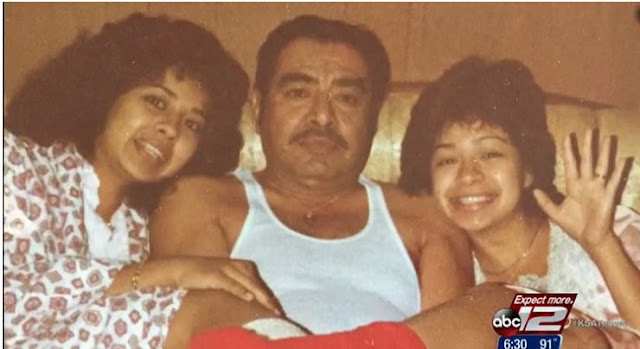 Every agency online lists her Birth Year as 1960. But Birth Records show its 1959. 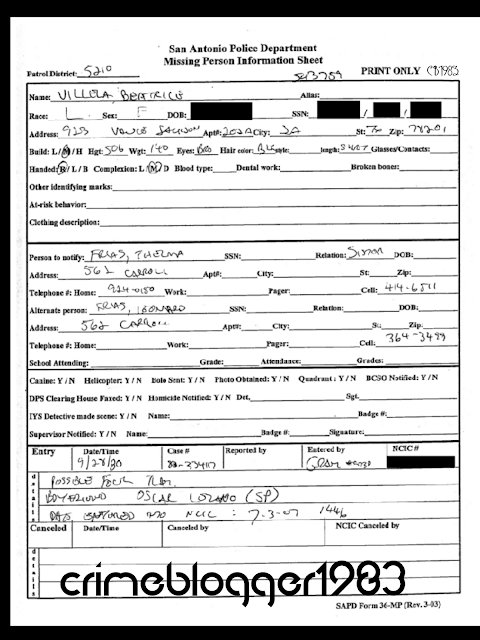 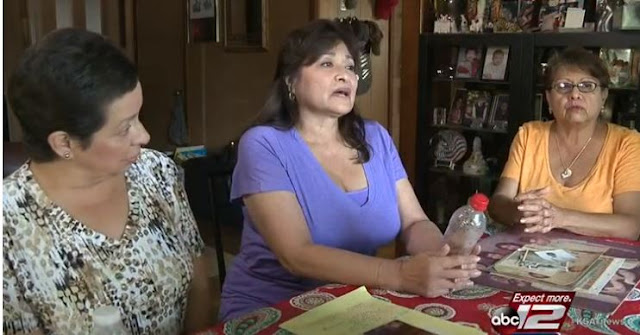 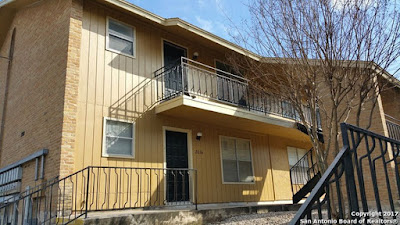 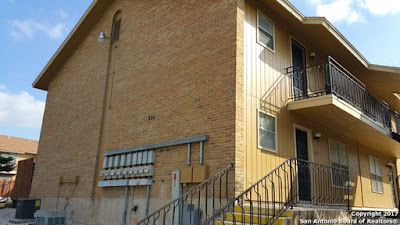 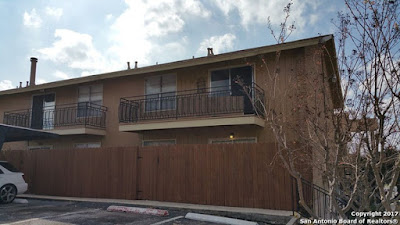 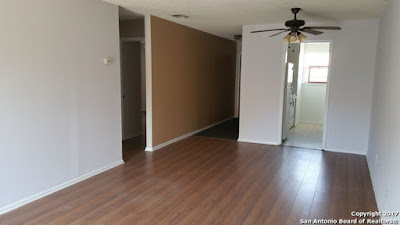 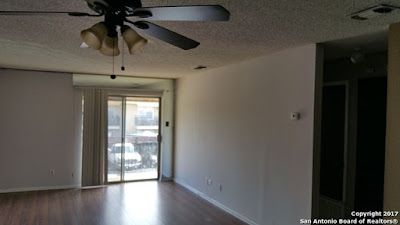 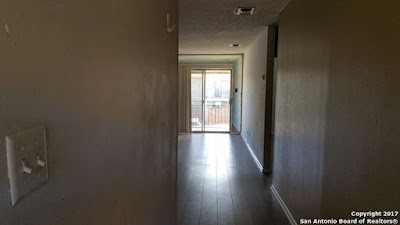 
"Beatrice received a call from the owner of the salon she managed. They had arranged to meet at the beauty school to pick up supplies for the beauty shop," Martinez said. "They were supposed to go pick up the supplies, go to the shop, unload them and then she was supposed to meet family to babysit her niece and nephew."

Location: 8511 Blanco Rd. San Antonio TX
Owned By: Oscar Lozano-Mr Lozano contacted San Antonio Police after the Missing Persons Report was put in. Upon reading the reports I obtained it seems as though he was concerned for BB. Or at least attempting to show concern. He was asked to take a polygraph test and came in to do so. However, He refused after he was not allowed by the Sgt administering the test to audio record it. One would surmise he wanted to do so for legal reasons. 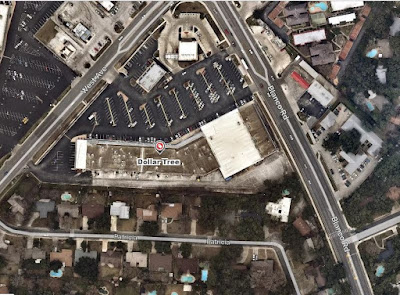 Lozano was the last person known to see BB. He states that she helped him unload the Beauty Supplies at the Salon on Blanco Rd. At one point prior to her disappearance. Lozano and BB had broken up. BB then started dating a Joel Sotelo. Lozano became enraged and fired BB from her job as well as took back several expensive gifts he purchased for her. (Gifts included Gold Chains, Bracelets, and a Steel and Gold Rolex watch.) However several days later he returned the gifts and she was rehired. After returning the gifts he also sent her two airline tickets for Chicago so she could visit her sister. However the tickets were never used. Relatives later checked the condo BB was staying at and found nothing out of the ordinary. However they did that the expensive gifts that were given to BB by Lozano were missing. Her vehicle was later located on November 9th of 1980 parked in an assigned parking lot at the Villa Bordeaux Apartment Complex at 170 DeChantle. It was found by Thelma Frias. It was parked in an assigned parking spot that belonged to an exchange student from India. The student did not have a vehicle. Therefore they did not complain about the vehicle being there. When the Complex Manager was interviewed by LE She stated she did not recognize BB when shown her photograph. When the Assistant Manager of the complex was shown BB's photograph he stated he DID recognize her and that he saw her once in the passageway of the complex. But did not know why she was there or who she was visiting. No time or date is given for the sighting however. LE looked into people known to have records who lived at the complex. But the Complex Manager was unable to connect them with BB in any way. LE then asked if anyone had recently moved out of the complex recently. She stated that an Armando W. Rocha did move out on the 30th of September. He had previously informed her he was going to move out on the 29th. He stated he was moving out because he was getting married. As a result of the abrupt move. He lost his security deposit. (He didn't give proper 30 Day Notice) Nothing found in his apartment indicated he knew BB. His apartment was a few steps away from where BB's car was found. LE interviewed several other people regarding BB.

1) Rockey Guzman: Of 703 W. French No 4. He could not furnish any information and did NOT recognize BB's photograph.

2) Victor Haro: Of 84 N.E. Loop 410 Suite 225 was interviewed but could NOT furnish any information regarding BB. Nor did he recognize her photograph.

3) Louis Barrios: Of 10806 Tioga was interviewed as well as shown BB's photograph. But he also stated he did NOT know her. Barrios' name was brought to LE attention by one of BB's sisters. She stated she received a call from an unknown female caller stating she found a love letter inside a Bible owned by Mr. Barrios. No further information was given by the female caller other than that Mr. Barrios could have been involved with BB at some point. Nothing further regarding Mr. Barrios is in the report. And there was no indication that he knew BB at all. He made himself available to officers any time they had questions.

I do not believe him to be involved whatsoever in BB's disappearance. And I believe the call was made to attempt to throw off the investigation.

Oscar Lozano: Beauty Shop Owner. Owner of the condo BB was living in at the time. Refused to take a polygraph after insisting that he be able to audio record it. He also pointed fingers in the direction of another person whom BB might have been involved with. A person named "Ernie" who was the owner of another business in San Antonio. I didn't list the name of the business because its no longer around. And I do NOT think its a credible lead.

Joel V. Sotelo: At one point BB was dating him. Upon hearing of this. Oscar Lozano fired BB from the Beauty Salon and took back all the gifts he gave her. But rehired her soon thereafter and returned the gifts. When by interviewed by LE. Sotelo stated he dated BB until he found out that she was fired from her job at the Salon. He also stated that he was in love with BB.

Armando W. Rocha: I listed him here even tho I seriously doubt he had anything to do with BB's disappearance. He was employed at the time by the City of Hill Country Village. As previously stated his apartment was a few steps away from where BB's car was found. A Secretary for the City of Hill Country Village contacted LE regarding Mr. Rocha. She informed them that Mr. Rocha left employment with the city in January of 1981 and that he was living in Fort Worth, Texas. And that he was now employed with the General Services Administration The secretary in question was shown the photograph of BB and she stated she had NOT seen her before. However she did state she MAY have seen her photo in the desk of Mr. Rocha. There was never confirmation of this in the report I was provided. It does indicate that they did follow up with Mr. Rocha at a later time. However I was not given anything further in that regard. 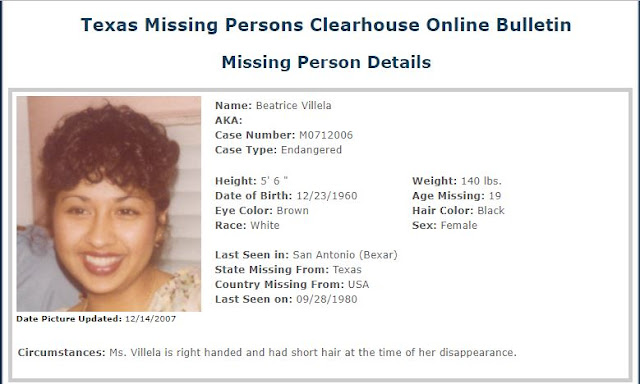 
Unfortunately, Since I am unable to get any relatives of BB to speak with me regarding the case. I don't have very much to go on. I am going to withhold most of my analysis for a future date. As I stated at the beginning of the entry. I am still looking into this case at many levels. I wish I had better photos of BB. I wish I had more information on her personality. What other hobbies did she have? I have so many easy questions. I hope at some point that her sisters do reach out and speak to me. Maybe me publishing this entry will show them that I do indeed care about this case. I did provide them with the same reports I was able to obtain through San Antonio Police. I have tried to locate Mr. Lozano. There were two in the area with the same name. Both deceased. I am unable at this time to ascertain if either are the correct person that was involved with BB at the time she disappeared. I do think Mr. Lozano is the most likely culprit here. All the expensive gifts were missing when BB disappeared. And it was reported that he became enraged when he found out she was dating someone else after their breakup. He seemed to point fingers at other people. And there was a mysterious phone calls regarding another person BB was supposedly involved with. I call bullshit. Keep checking in on this one. I will keep updating it. 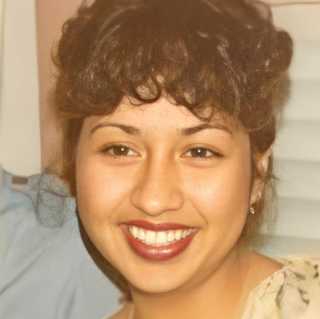 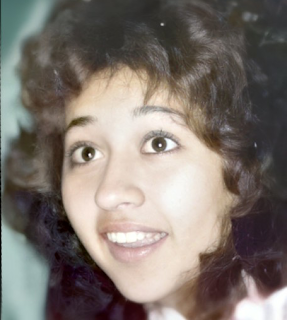 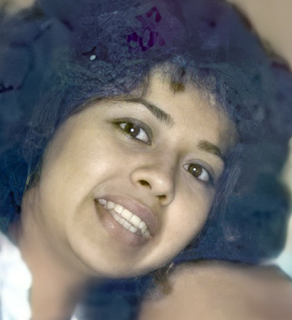 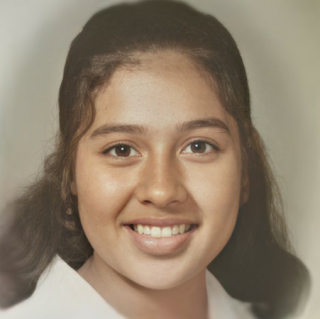 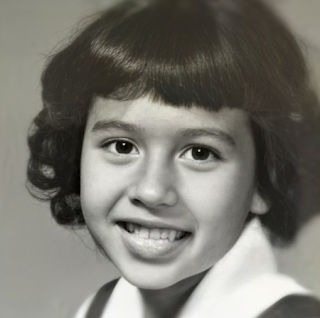