Reaching Out For Parker Eastman UPDATE: Parker has been found safe!

Been in contact with his mother and aunt. Want to get this case some attention.

UPDATE: PARKER HAS BEEN FOUND SAFE IN CALIFORNIA! I have confirmed this via his mother. I'm very happy this young man has been found. 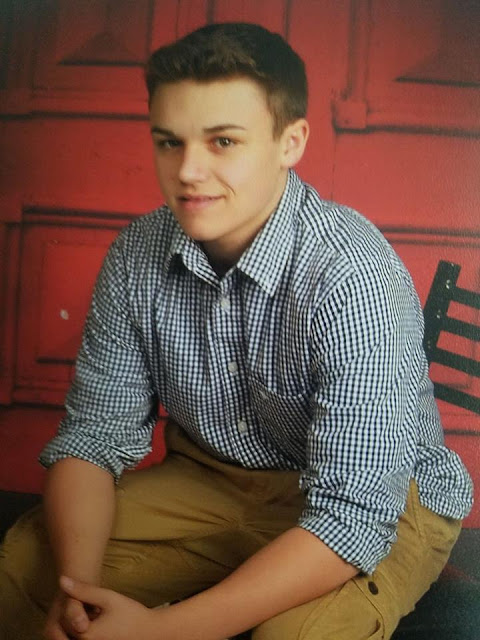 Missing From: Detroit Lakes, Minnesota
Date Missing: 8/21/2017
Mom: Meghan Eastman
Age: 15
Height and Weight: Around 5'4 to 5'5 and weighing around 145lbs to 150lbs
Hair and Eyes: Brown/Hazel (Dimple on Left Cheek)
Detroit Lakes Police Department: 218-847-4222
Law Enforcement Case Number: 17-002271
Medical Conditions: Post Traumatic Stress Disorder, Was set to enter an inpatient mental health program when he ran away. Parker has a scar on his upper left calf just below his knee.

"We only have one door. When I woke up in the morning it was unlocked and he walked out"

Eastman says she wants Parker "to know that he is safe to come home and that we miss him and we're not mad we just, want him back."

Sure hope this young man is ok. Been through some horrible stuff. Have a gut feeling he is close and he is just scared. The damn government didn't do him any favors. Something bad happens to the kid and they treat him like he is a problem. Parker if you're reading this. Please contact your family. Let them know youre ok.